In the quiet neighborhood of Taman Desa, I recently discovered another eatery – apart Sanuki Udon which is my usual weekend dinner place. I know there are many food outlets in Taman Desa, there’s also a very famous fish head noodle shop called (Woo Pin) but I find there’s nothing to shout about.

This Jap BBQ, personally I would recommend anyone to try out some authentic BBQ using charcoal. 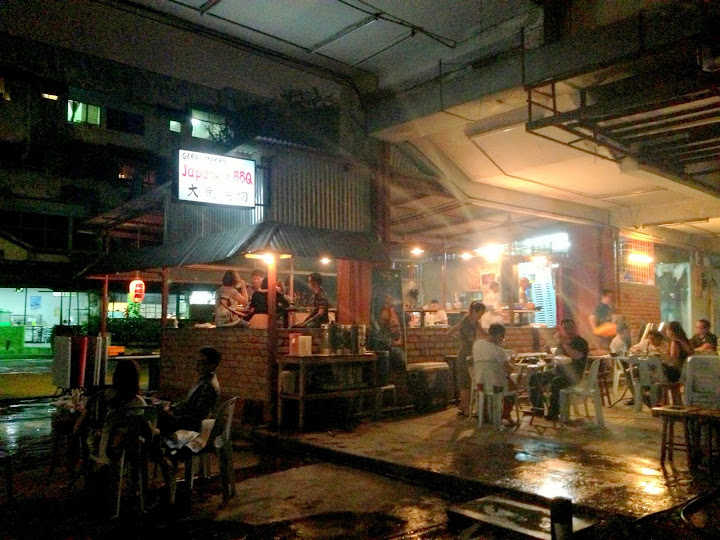 It so happens, after gathering my friends for dinner. It started raining, well not too heavy but it set the atmosphere for a perfect Japanese BBQ dinner on a rainy day keeps us warm. The “stall” is located in the ally behind the shops (same row as the TM building). Most passerby would easily miss this place. It’s well hidden and from the outside, it looks like the stall is closed but upon walking deeper into the ally you will see there are many customers enjoying their meal. 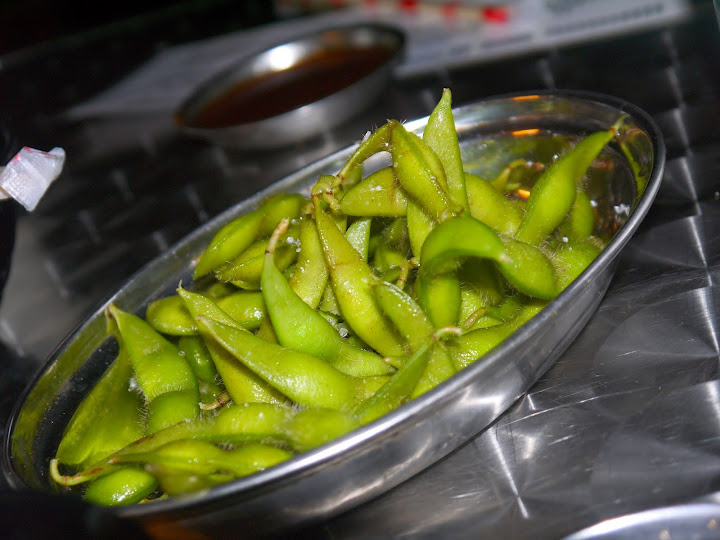 We order a few meat, 2 bowl of ramen and Edamame – well it’s certainly not enough to fill our stomach and I have to say, it’s pretty pricy! 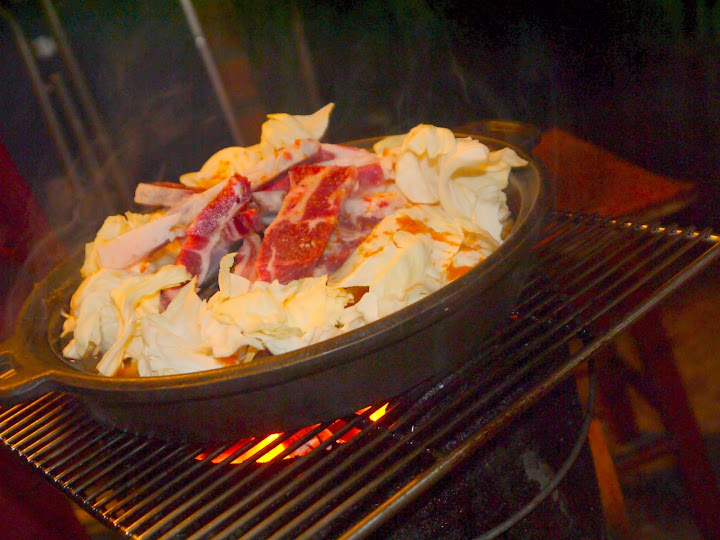 Nevertheless, it’s worth a try. And this is my ultimate favourite, everyone had to agree. 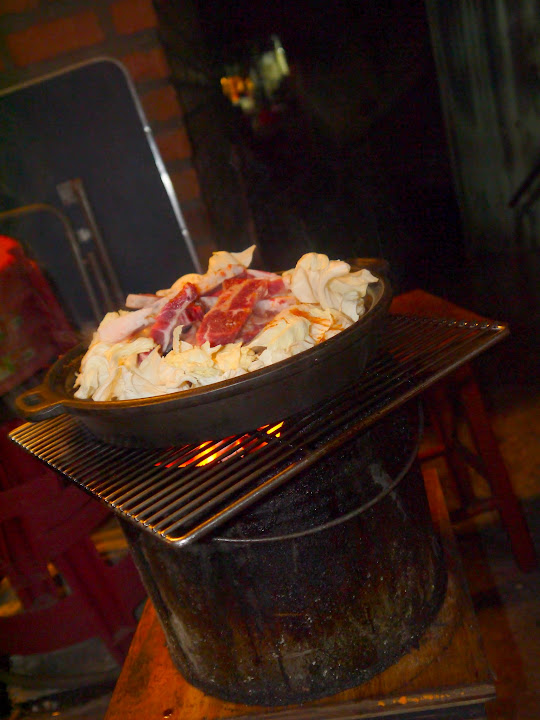 Gengkhis Khan, RM20. Served in a hot pan filled with cabbage and lamb. The meat was very tender, I must say the broth or gravy is delicious – full of flavour. Especially all the juice coming out from the meat, we finished the gravy and the staff was considerate and poured the remaining gravy into a bowl for us as he remove the hot pan. 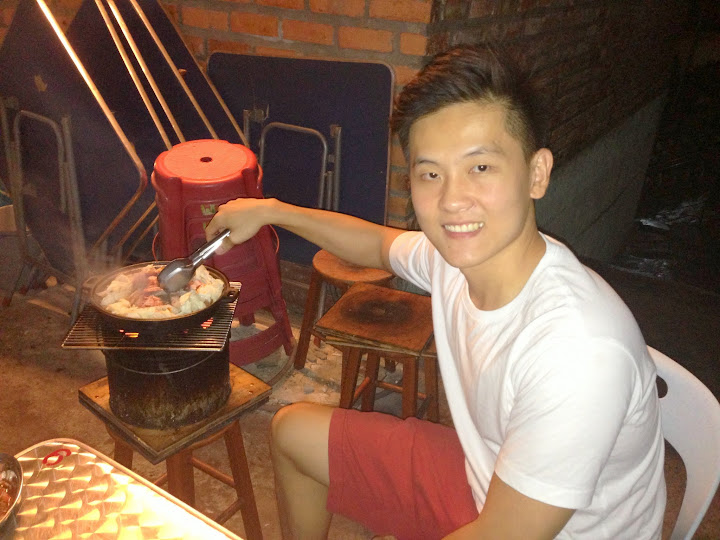 That’s Hayden, cooking the meat – the BBQ guy of the night. 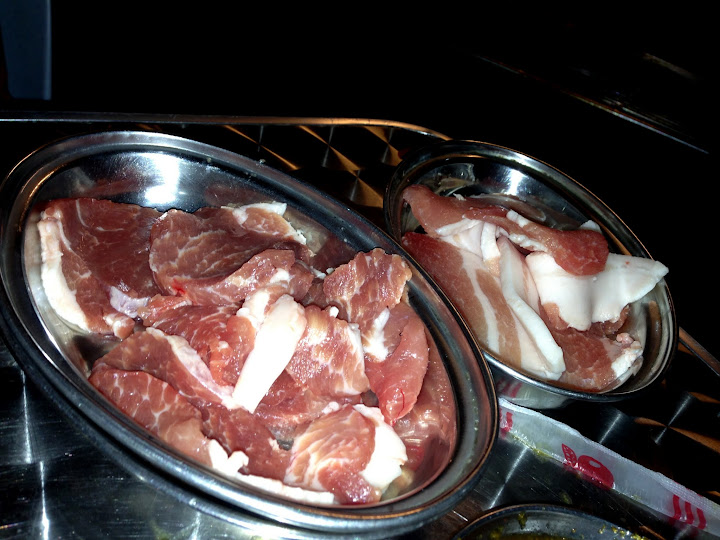 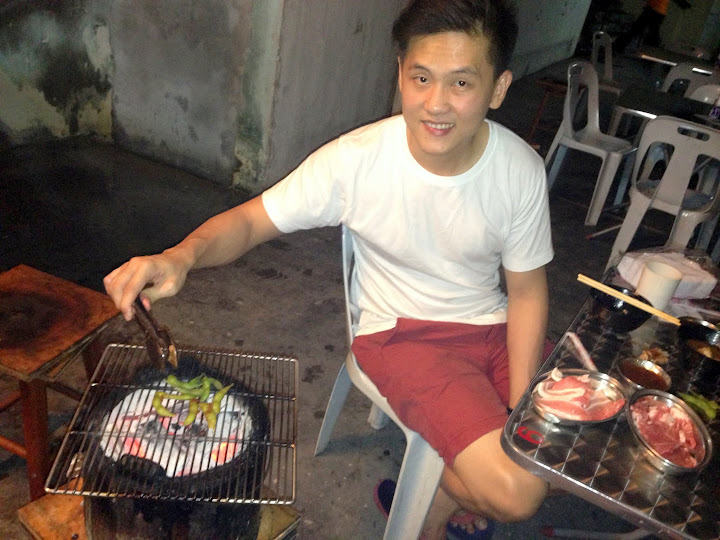 Hayden somehow came up with an idea to BBQ edamame, while the sauce provided was delicious, we used the remaining sauce earlier and pour some onto the beans. Turns out, it tasted not bad! 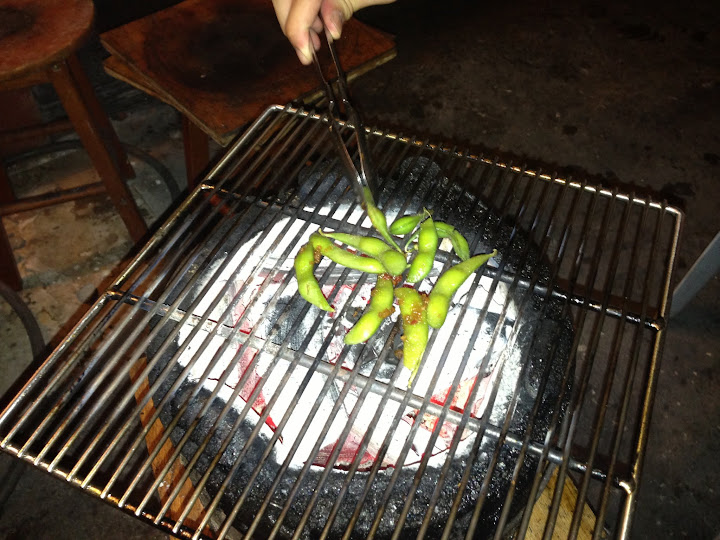 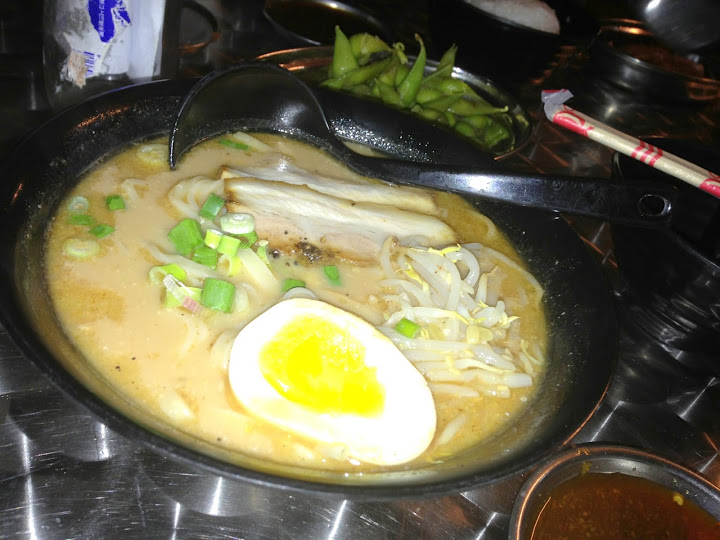 We know that BBQ won’t fill our stomachs, so we ordered 2 bowl of ramen to share among 4 of us.  The pork ramen, RM 10, isn’t very great as other Japanese shops could do a better ramen. But the pork slice is good. The ramen also fills our stomach while waiting to BBQ the meat. 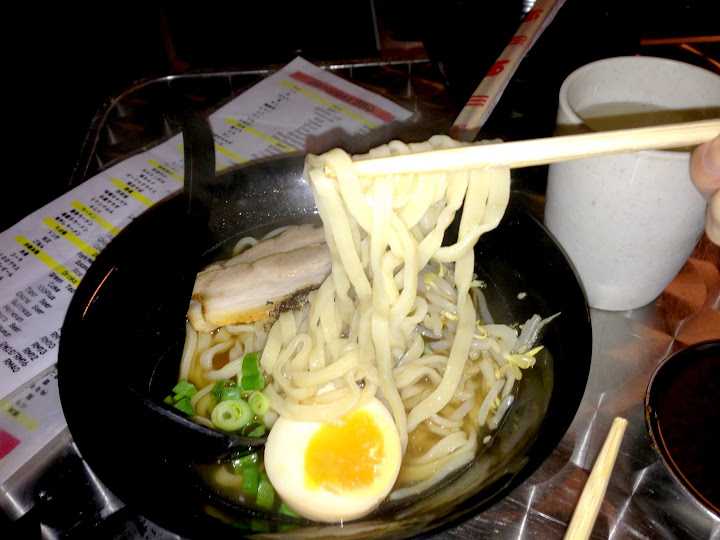 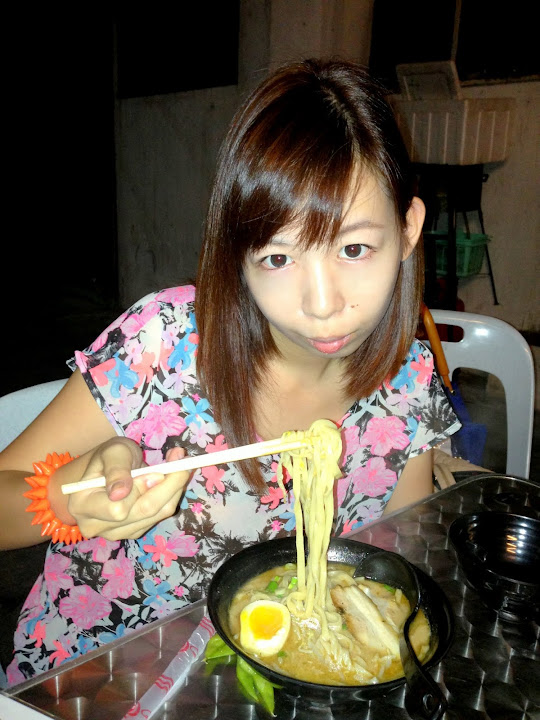 The ramen noodle is flat headed, not your typical ramen though 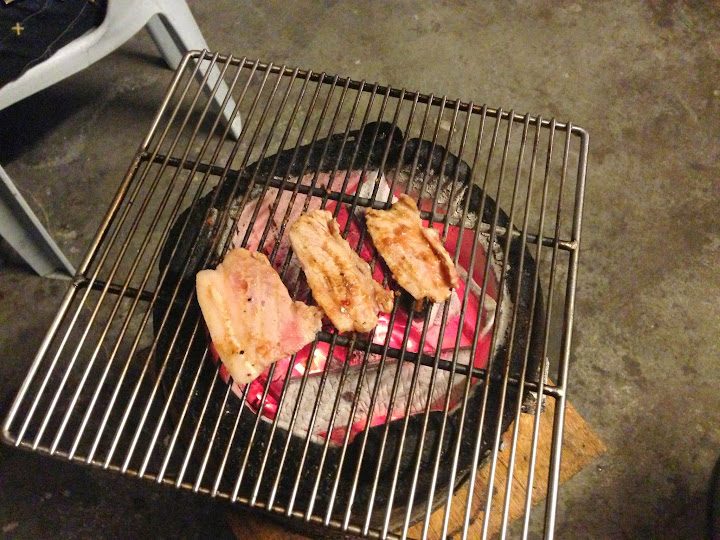 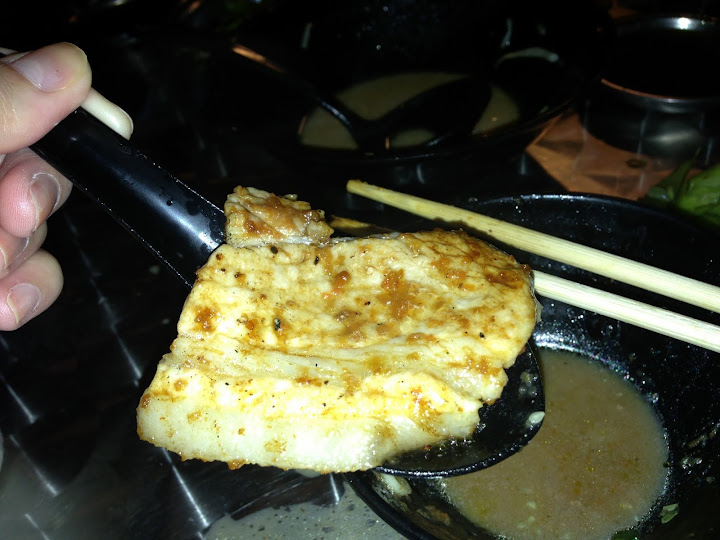 Overall, the Japanese BBQ was good. Perhaps we could order more, but then our bill will increase. The 4 of us, total bill was around RM 80. 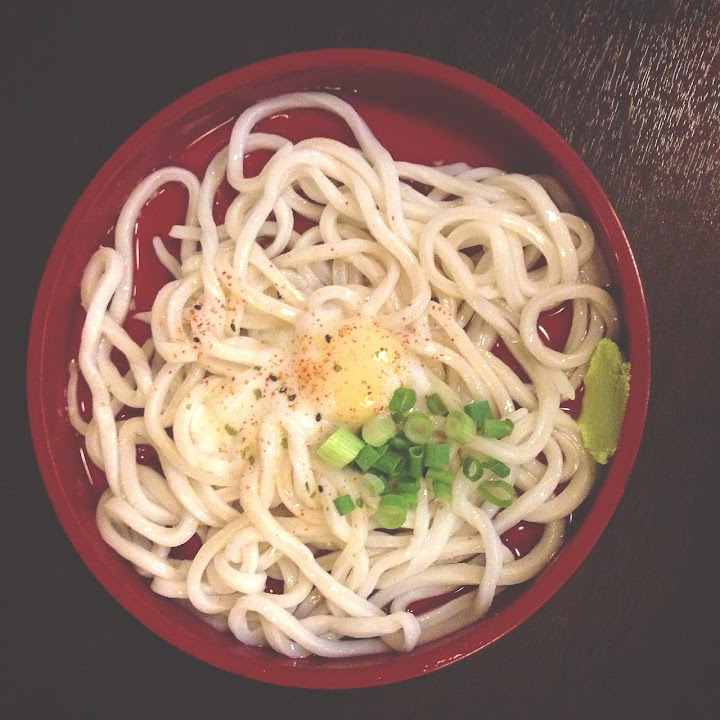 Later on, we headed over to Sanuki Udon, which was located nearby to fix our stomach. As we were still not filled from the BBQ. House Special Udon, is my all time favourite.