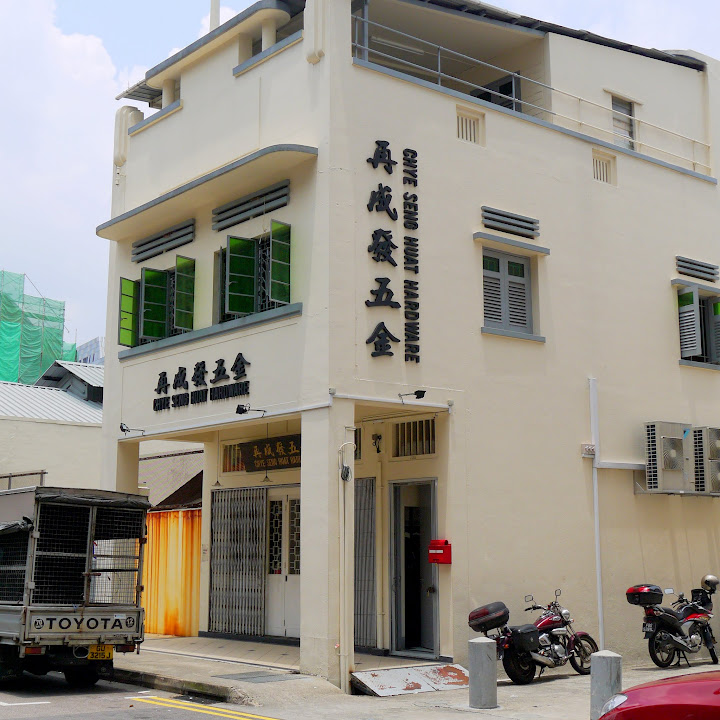 I got to know about a few coffee places in Singapore, this was one of it through Twitter where someone recommended it to me after I tweet-ed saying I’ll be hopping over to Singapore for a weekend getaway in conjunction with Le Noir. 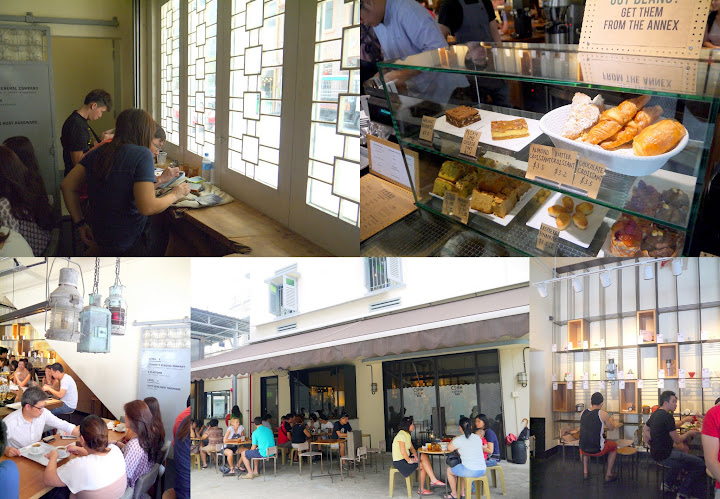 The name Chye Seng Huat meant, “to flourish” in Hokkien. Situated in a quiet neighborhood, Chye Seng Huat Hardware looks run-down on the exterior and often mistaken that it’s closed – by judging on the main entrance. Enter through the side entrance and you’ll feel as though you’ve entered an exclusive private happening place. 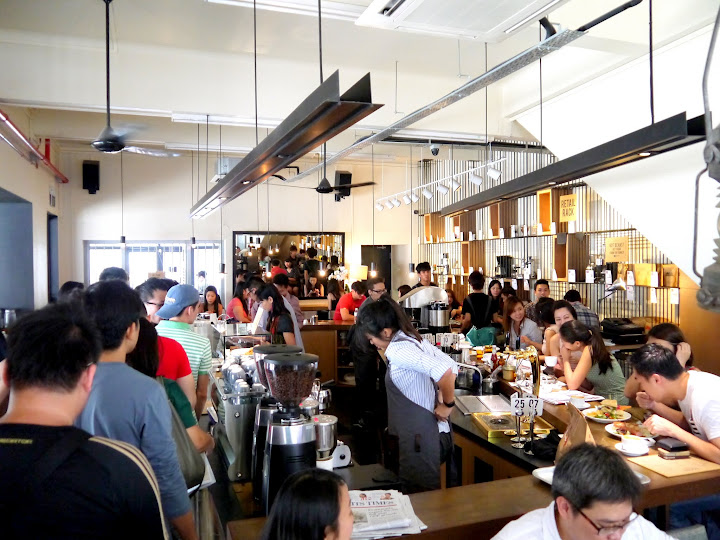 The attraction is their 360° coffee bar. They serve espresso and filter coffees, their signature is known as cold brews served in small dark glass bottles. 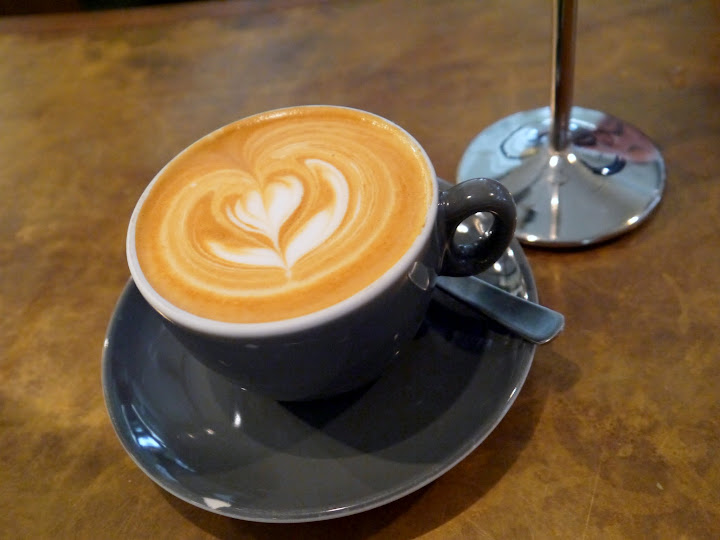 I had their Latte (SGD $ 5.50 / RM 13.50 / USD $ 4.45), it was not very strong, perhaps could add on another shot of espresso. I liked the taste as it’s rather unique, not very acidity. As I prefer with milk hence, I ordered their latte but I’m keen to come back again and try out their signature cold brew. 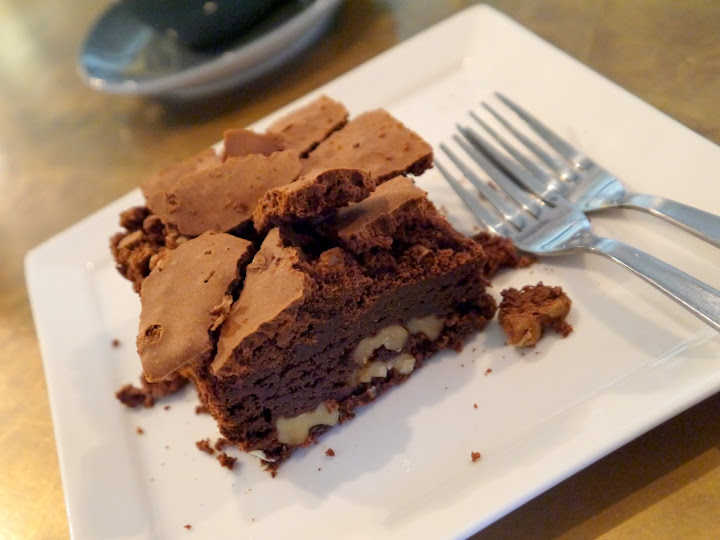 I had their signature brownie (SGD $ 5 / RM 12.30 / USD $ 4); it’s slightly sweet and moist with chocolate and walnuts. The texture is certainly different from other brownies I’ve had. From the sweetness of brownie it’s a perfect match with a cup of coffee, as I don’t add any sugar to my coffee. 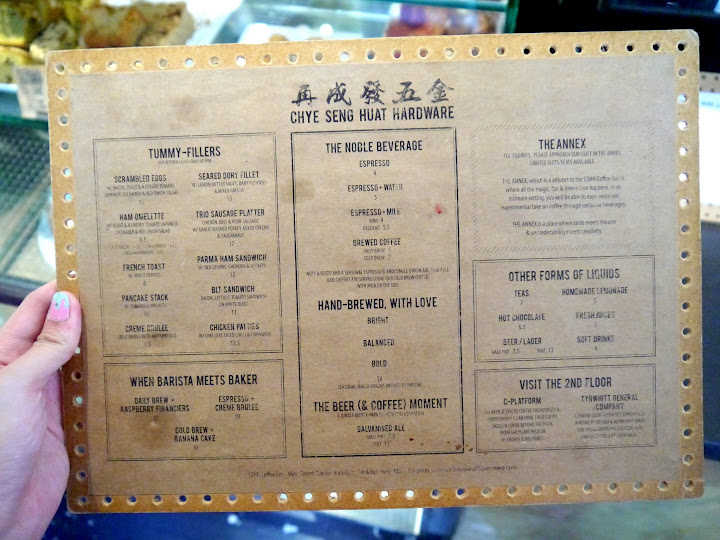 If your hungry, Chye Seng Huat serve “Tummy-fillers” such as Trio Sausage Platter, Ham Omelette or Smoked Salmon Sandwich, there’s french toast with banana and strawberry or Pancake Stack to fill your stomach while enjoying your coffee. 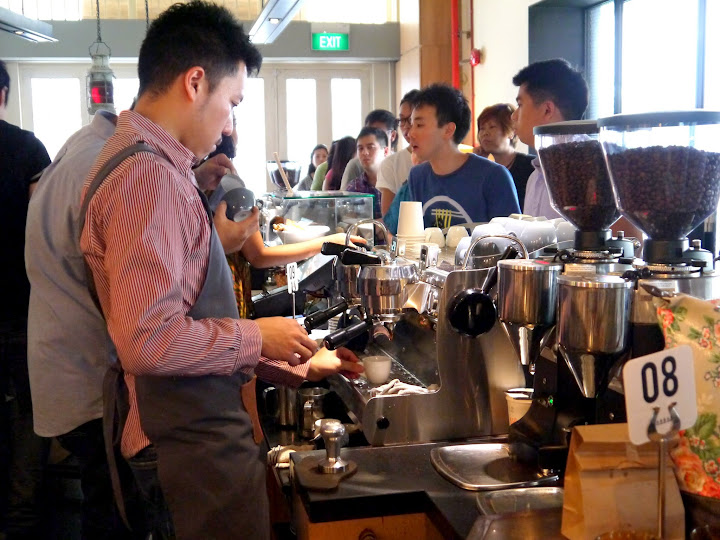 Overall, I had certainly enjoyed my caffeine cravings here, it’s certainly one of the must visit coffee places in Singapore.

Directions: MRT Lavender (East West Line), about 5-10 mins walk further up to the main road, passing by Stadium on your left, towards the end to a T-junction till you spot a convenient store, it’s nearby there. If possible follow the foursquare location/gps, as it’s very accurate. You’ll see many shops but the entire street is often quiet.