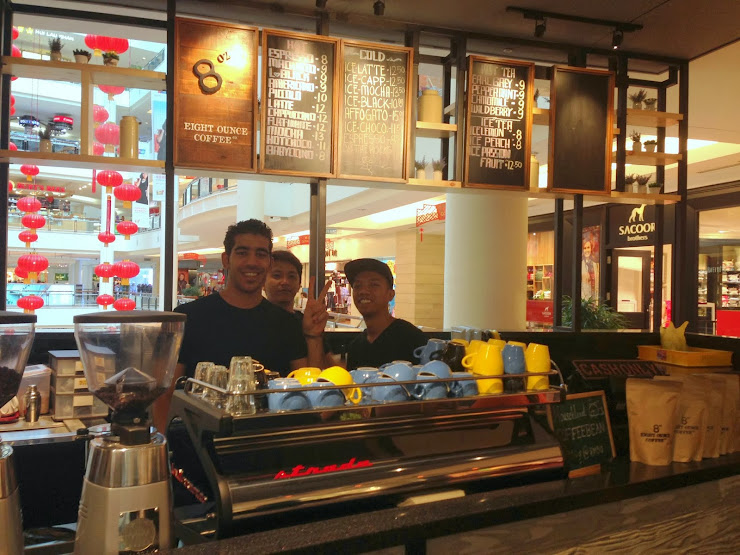 Over the CNY, I’ve been café hopping, my first stop on the eve of Chinese New Year was Eight Ounce Coffee at KLCC. Greeted by friendly barista and it’s been a good coffee experience, I’ve tried 3 different piccolo taste by two different barista. Needless to say, good stuff! There’s another outlet in The Gardens Mall too. 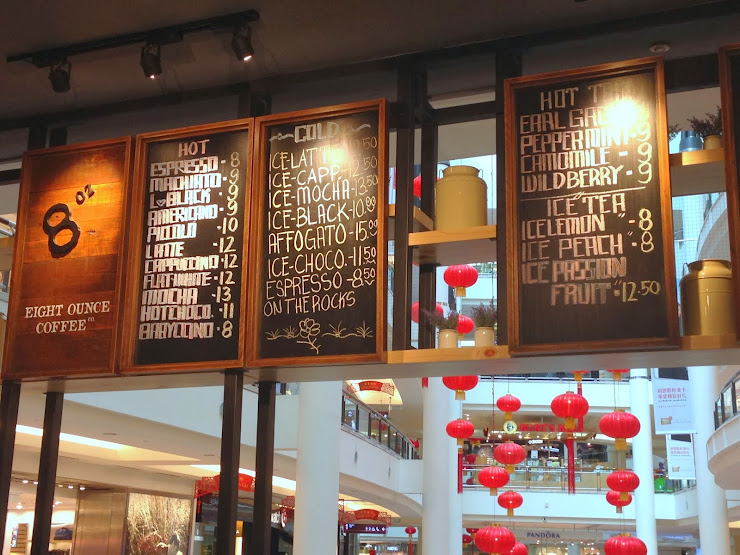 Look out for their menu or if you can’t decide, ask the barista. However, do note that Eight Ounce Coffee blend is rather high in acidic level, if you don’t prefer your coffee to be sour, I recommend you go for Latte or Cappuccino  rather than Americano or Piccolo. 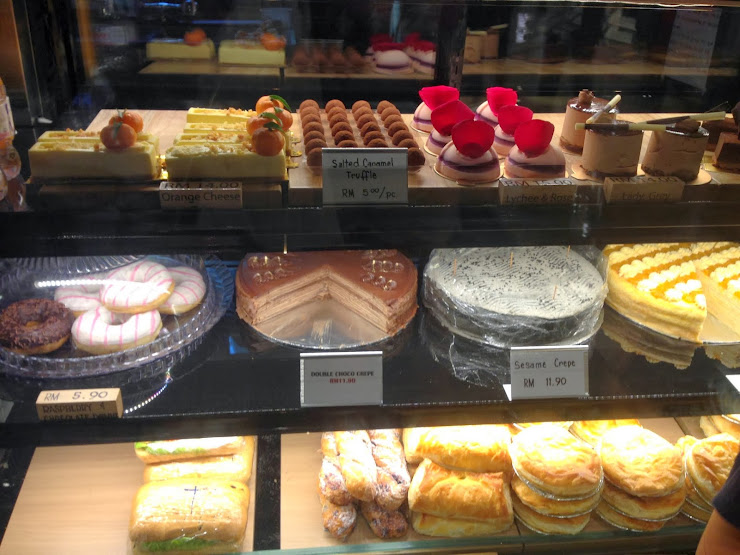 Get a slice of cake or quick bites to pair with your coffee. 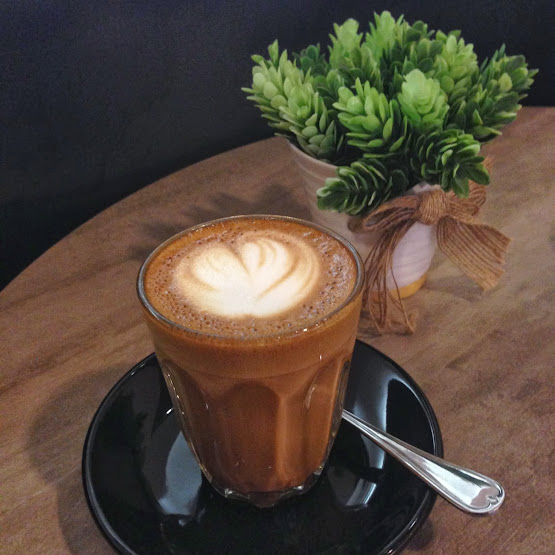 I had my first glass of piccolo, it was horrible. And the barista was attentive, upon spotting my facial expression after the first few sips, he quickly asked how was the coffee and I told him it was too sour, and asked if it’s the machine. Without another word, he said he would change it immediately.

As I was sitting and thinking, this is great, we hardly find such attentive barista. He also tried a few cups of piccolo, perfecting it before serving me, tasted better. He later explained that due to the blend, acidity is high plus they are still adjusting with the machine, improvising on it. Glad to know 🙂 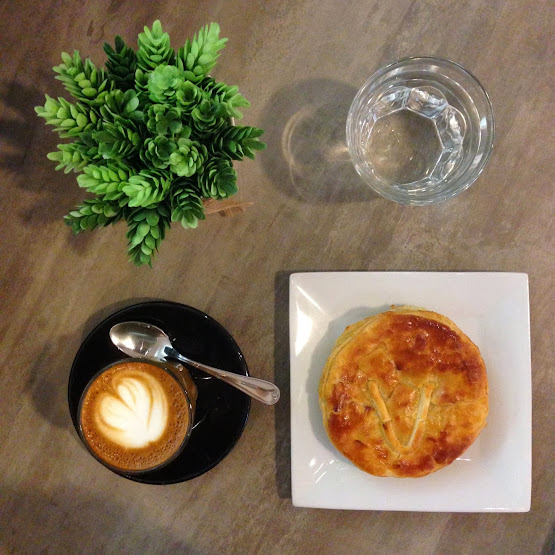 Had a veg pie, it was not bad. 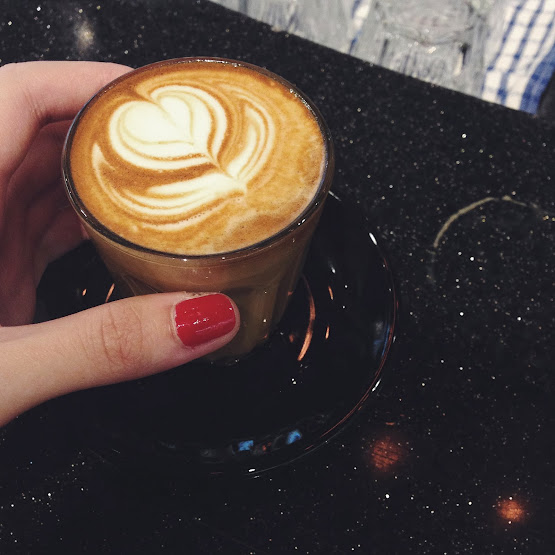 My 2nd cup and later I had another piccolo, making it a total of 3. 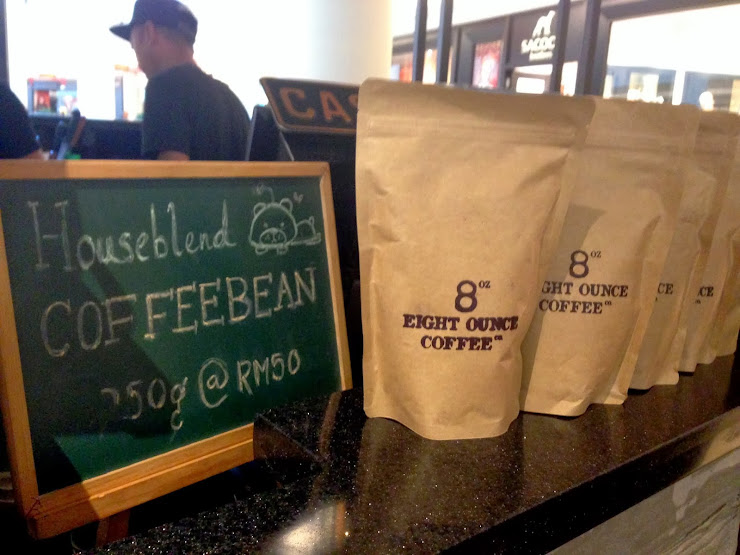 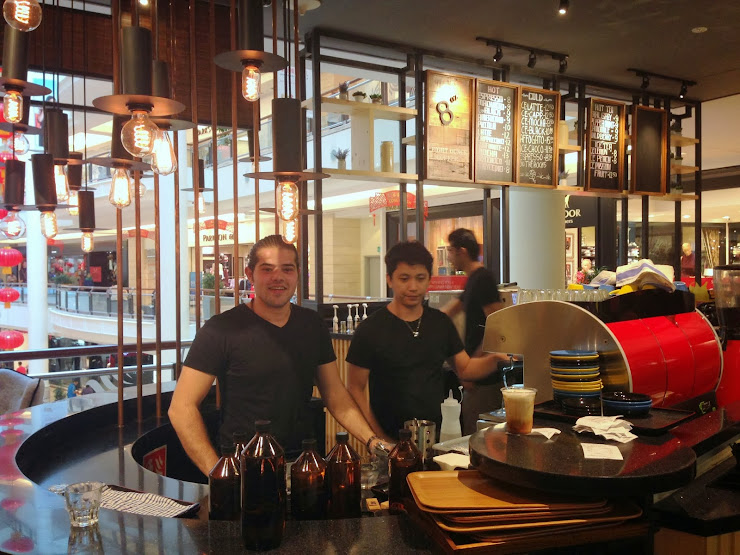 A friendly bunch! Very humble too. While I sat and sip on coffee, they would come by and chat with me on the bar. 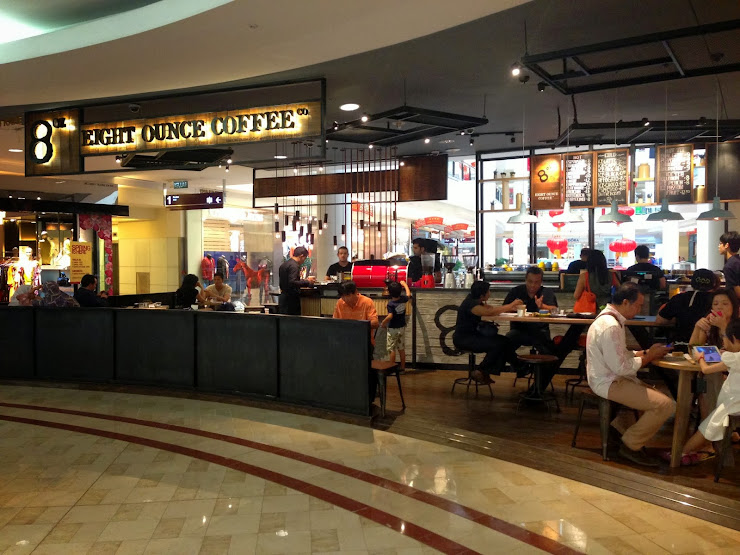 I prefer the KLCC outlet, there’s more seats as compared to The Gardens. Crowd wise, KLCC is a mixture of tourist, shoppers and professionals.