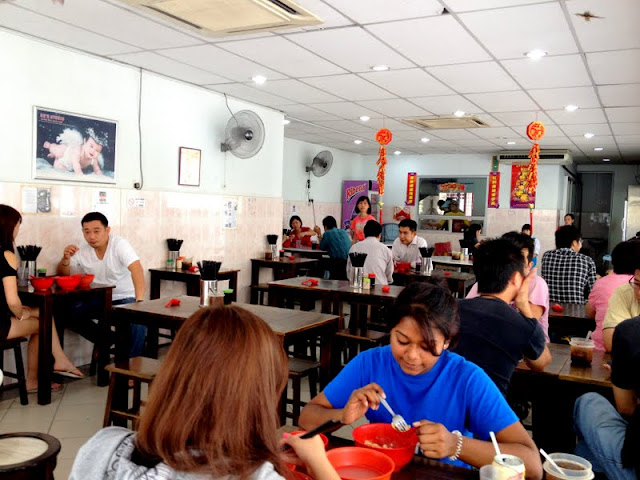 I’ve tried chili pan mee before but nowadays there are quite a number of outlets opened some by Kin Kin some goes with another name and called themselves Chili Pan Mee. So the boyfie introduced me to Kin Kin Pan me in Pandan Indah, known to be very famous and is usually crowded. 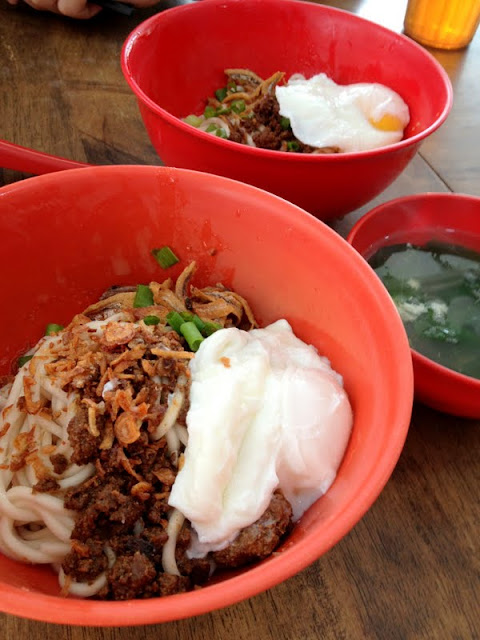 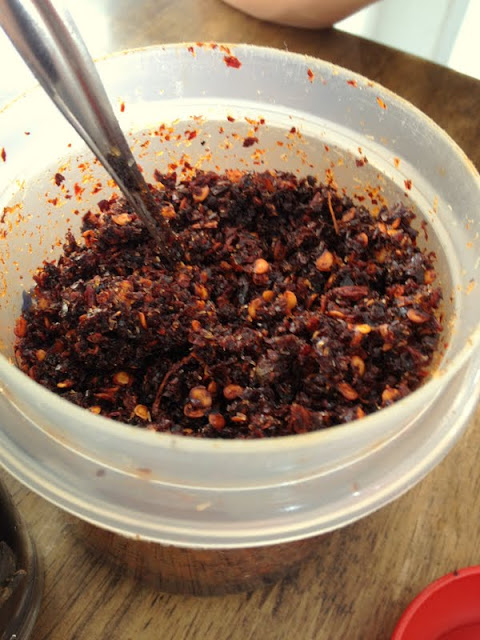 The chili paste is on each table for you to add it into your pan mee and stir well.You are not advised to add too many spoons of chili into your bowl of noodles unless you’re a chili addict but be warned you may finish the bowl of noodles and feel burning on your throat, stomach and may even end up in tears. The chili tasted a little bitter, hot and then the spiciness kicks in to your mouth after a few seconds. 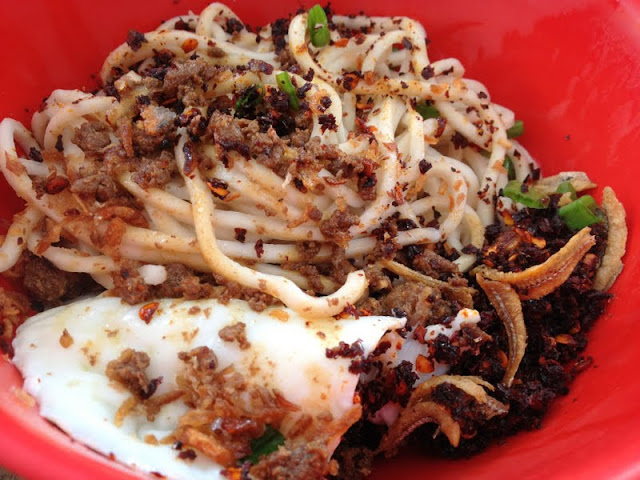 So my boyfriend got excited and was brave to add a few spoon of chili into his bowl of pan mee, stirred well. 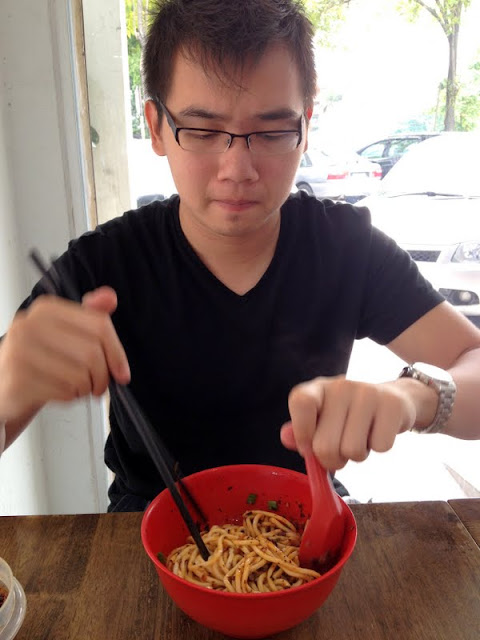 My boyfie Larry aka fluffy hungry face and after our meal, he commented his stomach was burning with heat. No advisable if your having gastric to add the chili though. 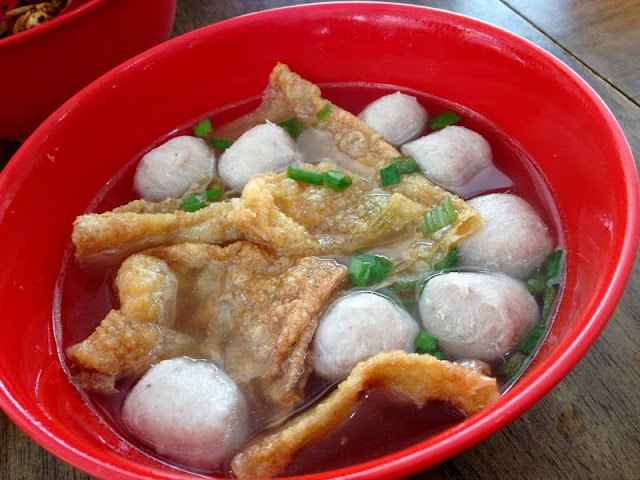 We also order some side dish of meat balls and Foo Chook (Beancurd Skin).

So this is the famous Kin Kin Chili Pan Mee.

Business Hours: Tuesday – Sunday from 8am till 7pm (Closed on Monday)