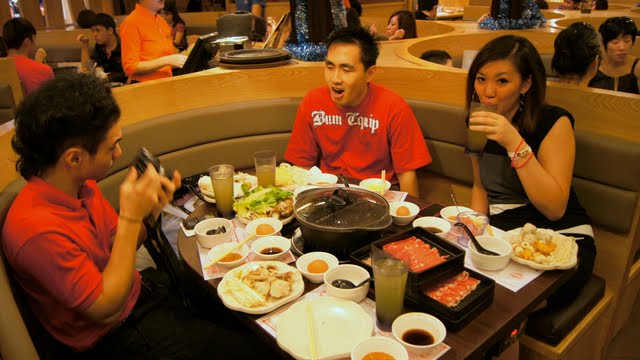 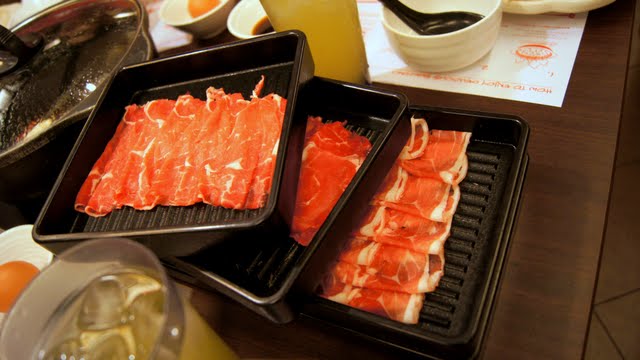 Grumbling stomaches for a late dinner due to Bukit Bintang crazy traffic on Christmas eve, we were attracted to Suki-Ya Japanese Buffet (Tokyo Street), filled with long queu and Eat-All-You-Can label over it, got us excited and were willing to wait despite the long queue. Unlimited refill of meat from Chicken, Beef and lamb. 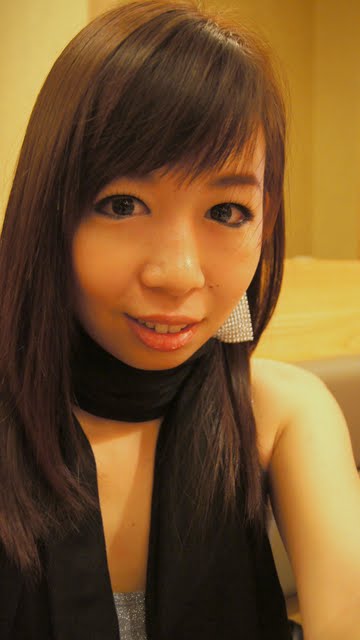 The guys are doing the “cooking” instead of us girls. 🙂
Eat like a Princess! 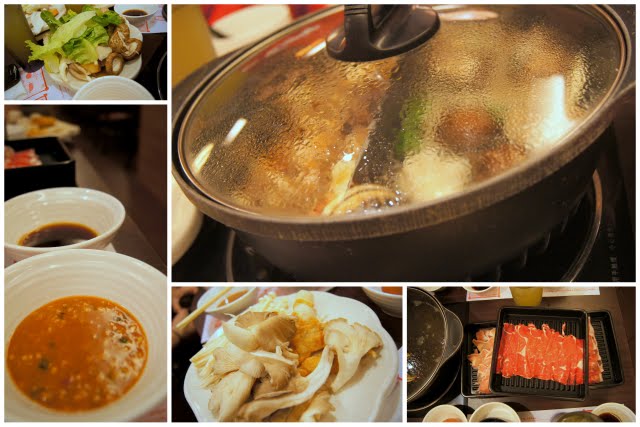 The great thing about buffet is when your mad hungry, you get to eat all you want without boundaries or limits. So we did exactly just that. Unlimited refill of Green Tea, Meat, vegetables and ice creams! Plus had a few sushi while waiting for our pot to cook the meat.We had raw egg and dip our meat into it, tasted so well just like the Udon noodles with egg from Marufuku. Unique taste! 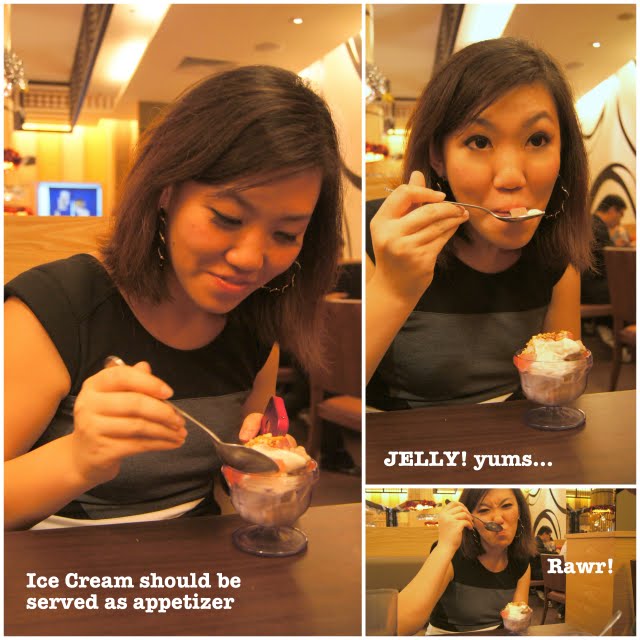 Alyson aka MoMo gets excited with ice cream, with the hungry stomach when waiting for our steamboat she had ice cream with jelly as appetizer! Eating like a lady boss! 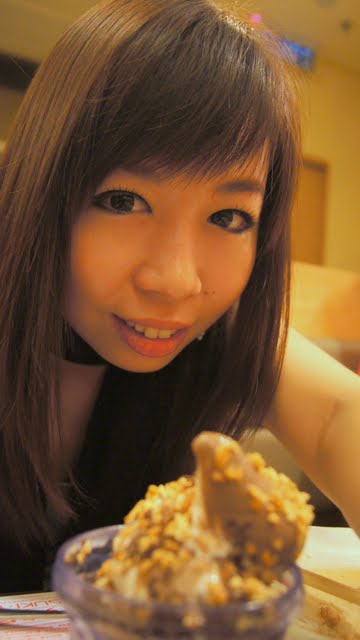 After our 32 box of meat refills, 4 person and we had 32 boxes of meat almost there or more. We grab our own ice-cream.And the BIG surprise happens!

My boyfie is actually coming back from UK study break right on Christmas eve around 9ish at night while I was in KL earlier in the evening for a Christmas Story presentation performances by my church earlier, hence, meeting in Pavilion with the rest instead. Boyfie aka fluffy (most of you would know I call him fluffy) got alittle pissed I wasn’t spending time with him for Christmas eve and I thought I’l just drive all the way to spend time with him before midnight then anyways we didn’t plan anything together but then my friend & my guardian angel Momo secretly planned with fluffy and he pops up after I got my ice cream and it just turns all the drama backstage. 🙂

Just glad to see him and I miss him so much! His been in UK for a few months for studies, finally his back and within a month leaving again. 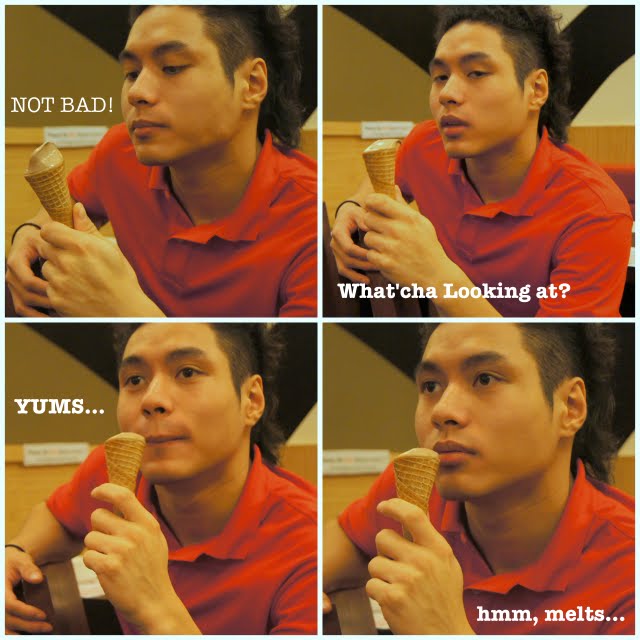 Eating from the cone, ah Keinn. 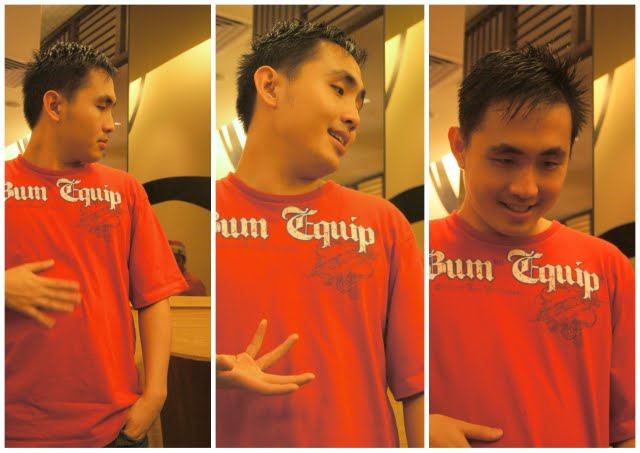 Edwin, talking about some stuff while the rest of us are indulging in our ice cream as he speaks with hand gestures and lots of movements.It was a satisfying for 4 hungry youths!
Read more about Suki-Ya Japaness Buffet at a review here by Ah Bok aka TauFuLou, a blogger friend of mine. 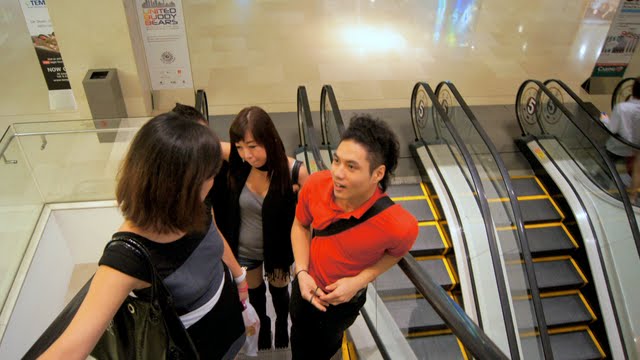 Started from our late dinner around 9pm, we left when the shop is about to close. Walk around the empty Pavilion inside, while we saw crowds outside pavilion even before 11pm, waiting for Christmas countdown – crazy place outside in the streets. 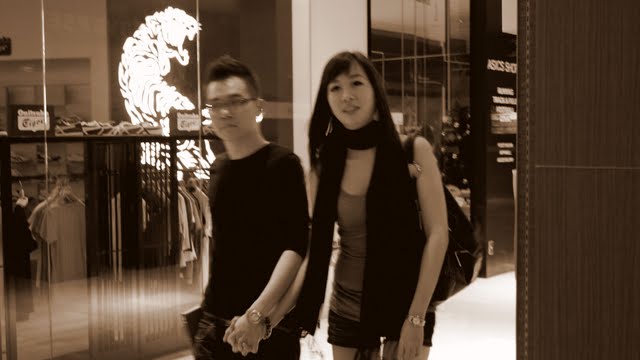 Paparazzi snap by Edwin, fluffy and me! 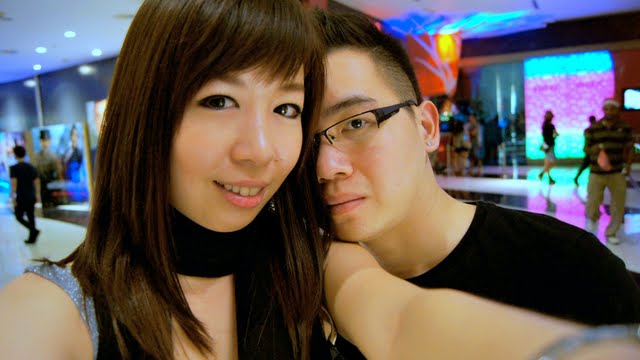 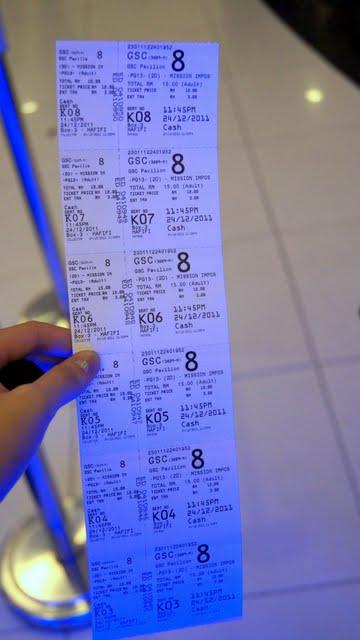 Upon looking at the crowds outside and the traffic outside, we’ve decided to stay till the late while all the congestion subsides, we watched Mission Impossible 4. This is my first time spending an eve in the Cinemas, well nobody shouted Merry Christmas when the movie starts at 11.55pm though! 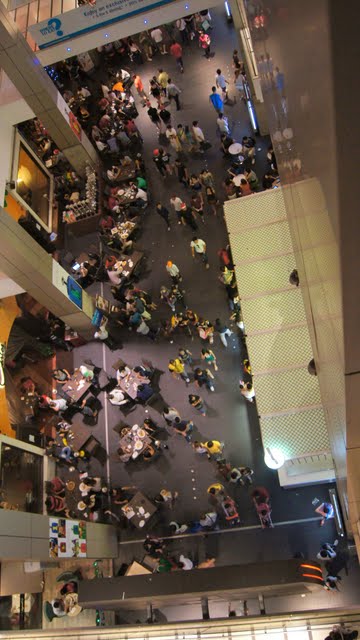 Crowds around the bistros and cafes of the side walk. 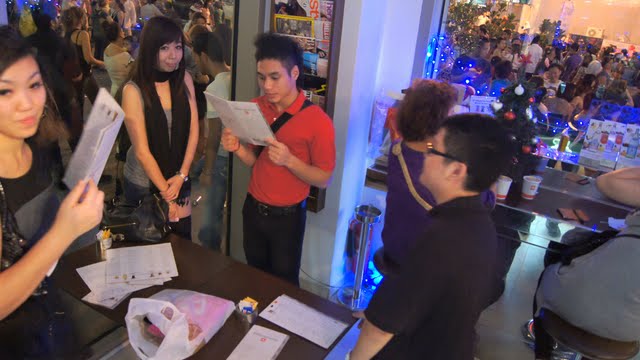 Look at how crazy and merry it is outside, while we had some coffee at Espressmente Illy, chair-less. Literally we’re standing to have our coffee in a cafe! It’s a full house! 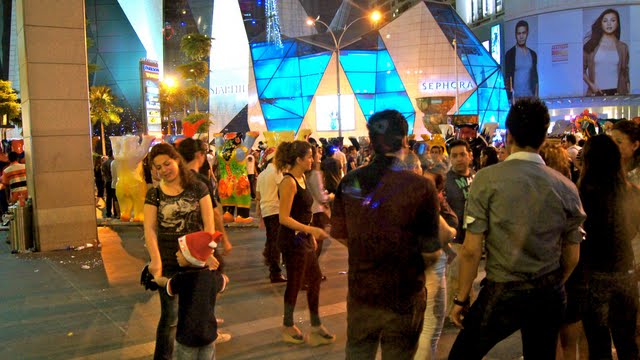 Look at the people outside surrounded by Buddy Bears! 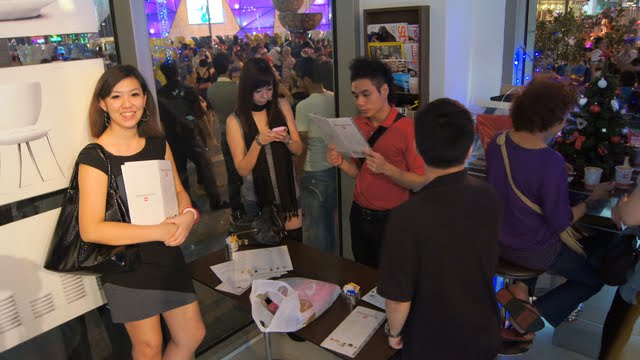 Still standing, through out our coffee. But we didn’t mind as it was a full house plus, ah Keinn used to work here so he knows the best coffee.When the party ended…. 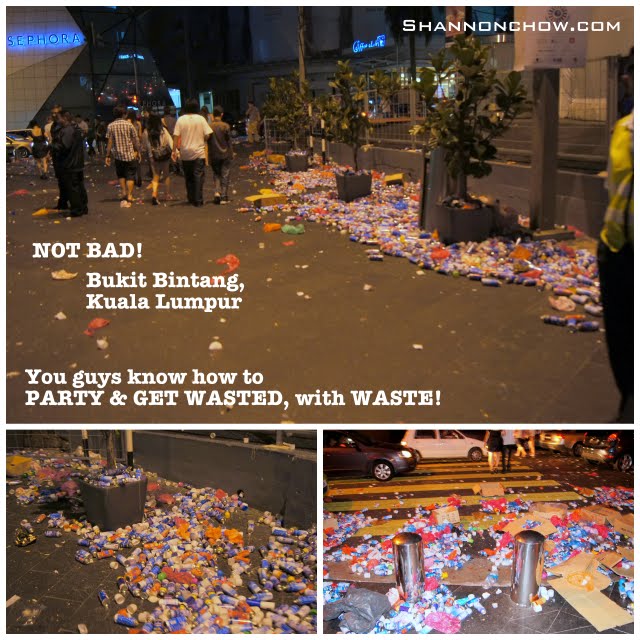 This is what’s left at the streets of Bukit Bintang. Amazed at the amount of rubbish humans can generate over a 2 hour period for a Christmas Eve, I presume, New Year eve would be worst  – so I avoided being in KL for New Year. 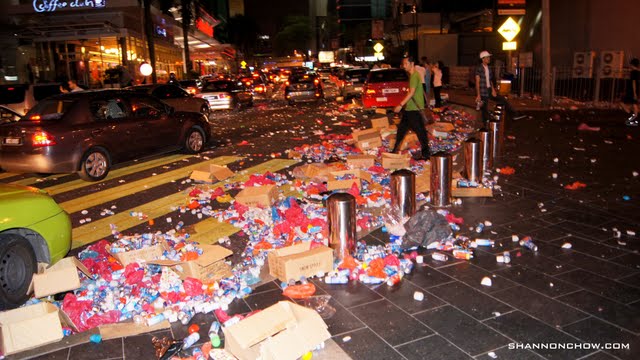 I feel that it’s a waste land in the heart of KL. Seriously, you guys just throw all the stuff on the floor like a boss! Some Malaysians, you just amaze me with your Tidak Apa attitude (ignorane) on the mess you caused. 4 words to say – dumping like a boss!